June 13, 2017
Next up in our horrific series of authors' stories behind their entries into Monsters Exist, we have Sylvia Mann, who's Eclipse at Wolfcreek supplied a fast-paced, horrific style to the Mothman cannon.

Buddy and his friend Preston go venturing off against Daddy and G-ma's wishes into the wilderness of Wolfcreek Mountain. They find more than they thought lurked in the darkness just off their property line. Here is Sylvia Mann with how this creepy tale came about...

Story Behind “Eclipse at Wolfcreek”
By: Sylvia Mann

I lived in Los Angeles for about 10 years, before I took off to live in a cabin with an outdoor shower and a composting toilet on a farm in Cocke County, Tennessee, to do some research for the novel I am still writing. After a short stint as caretaker, my mother suggested I move to West Virginia where my family is from on both sides: Greenbrier and Pocahontas counties. I had visited there nearly every summer, but I had never lived there. After taking her up on the offer, I landed a job at a therapeutic boarding school and eventually rented a house on 750 acres in Wolf Creek, West Virginia—the property that I describe in my story.

Whenever it would rain in Pocahontas County, our creeks in Monroe County would rise and wash out the only road in to the property, and we’d be trapped. The only way out was a long walk over the mountain, which I never took. Sure, I hiked the mountain many times, but whenever we got flooded in, I just stayed and worked from home. Sometimes it felt like the land could sense when I was going to leave, like it was trying to trap me. Most floods occurred before big holidays and three-day weekends when I had plans. I never saw Mothman on the property, but there were coyotes, nutria, bears, groundhogs, large spiders and fat snakes. I kept goats and bees, and had a large garden that my roommate and I tended to with water that we pulled from the creek with a generator. We’d store it in a bathtub that the previous tenant had erected on a rickety stilt platform. That same fellow also shot out the one streetlight that the electric company had placed by our house. I’m not sure why they put it there; it was a private road—but no matter. When the sun went down, that was it. The night was dark and full of chirpings and calls, but also strangely quiet. And you could see the stars for miles and miles. And the headlights in the distance on the road.

I don’t know if I’ll ever be possessed by land the way my grandparents were. Even my own parents set out for new horizons when they were young. My brothers and sister moved to a new state nearly every year, until my parents retired in Florida when I was 8. At eighteen, I kept moving on my own, and now I find myself back in Florida—but I don’t feel an overpowering connection to the land. Not here. Maybe if I had owned the land at Wolf Creek, I would never have left. Maybe one day, I’ll be able to go back and buy it. Still, when it comes to my story, I think that my tale circles that theme—the connection to place. The old timers will do anything to protect it, to protect family, and stay, but for some of us of the “younger” generations, it’s just easier to move on. 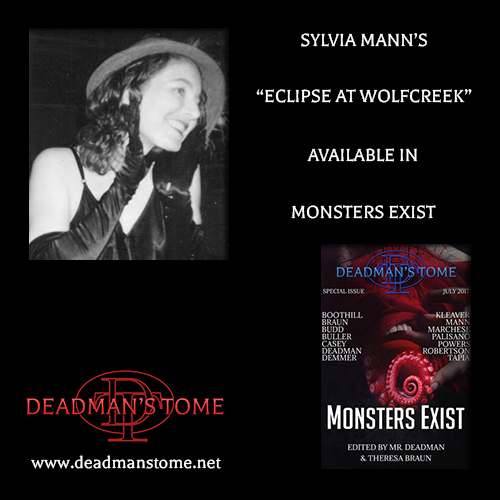 My Attempt at a Walking Video

Oh boy, I've gone and done it. Well, done something at least. I tried my hand at a walking video. I love those city exploring videos from Action Kid and Urbanist Exploring Cities, so I had the opportunity and said what the heck. If it does well I'll do more.  I couldn't live stream to my other YouTube channel yet, so I did it to Horror with Marchese and Buller.  Either way, check it out. Let me know if you'd like to see more. And like and subscribe if you dig.  See you next time.  WCM
Read more