The first in a series of author backstories for their Monster's Exist entries, we have Gary Buller. His story, Wicked Congregation is a wondrous trek into the world of fairies. It shows the darker side of this tiny cryptid. So lets get right to it. Here is Gary Buller with how Wicked Congregation came about.

I think I've always found fairies creepy. Little people that live out in the wood, observing us by day and then dancing about in the darkness? It makes my skin crawl.

I recall seeing an episode of one of those Ghost Hunting programmes filmed over in Ireland, and the paranormal group had set up a heat detecting camera on the side of the hill, and were filming their progress through the woods. At first you could only see them in the darkness, but soon enough three or four little heat signatures popped into view and bobbed along behind them. They were completely unaware of this at the time. I’m pretty sure the shapes weren’t animals - they walked upright on two legs, so it was either fairy folk  or a fake by the TV producers.
I grew up in the Peak District in North West England, which is a bit of a gateway to the weird and wonderful. There are lots of little glens, reservoirs and secluded spots with streams running through them, and you could just imagine these odd little folk living there. We certainly saw plenty of unexplainable lights out there- some villagers thought they were UFO’s.

The church was inspired by Crowden Chapel (see below), this little church out in the wilderness near where I grew up that has been there for hundreds of years. I combined it with the decay and woodland setting of thee Scandinavian churches in Adam Nevill’s awesome book ‘The Ritual’ to make it a bit creepier. 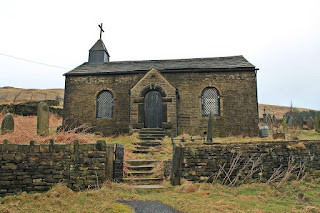 The Cottingley Fairy photos were long believed to be ‘real’ until the two girls who photographed them (then old women) revealed that it was a hoax all along and they’d basically used paper cut outs of little people and pretended to interact with them. When I was a child though, the black and white images were as creepy as hell. I integrated it into the story the Cottingley Fairy girls had actually vanished, victims of the fairies.

Ashopton is also mentioned (see below image.) This is a real village in the Peak District that was flooded to create a reservoir in the 1940’s. I made it part of the story, and a reason why the protagonist had to do what he eventually does.

‘Wicked Congregation’ is a story of regret and sacrifice. It is about doing something that is horrible and base for the greater good, and being punished for it. For me, that is as horrific as it gets. 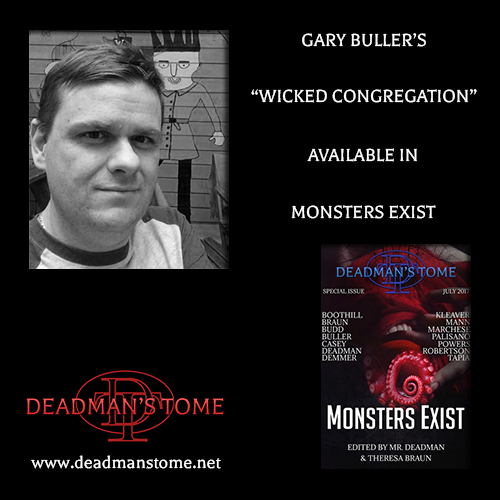