June 21, 2017
Next in the expose we have Calvin Demmer, who's story of a washed up detective called upon to assist with a possible cereal killer is our next jaunt into the Monsters Exist anthology. The only question I have is, why don't "they" ever believe? Enjoy.


Who doesn’t remember being scared at night as a kid? The main idea for “Never Sleep Again” came from that childhood fear some people have of an arm or leg dangling off the bed in the dark. I looked into different interpretations of possible monsters under the bed, but none really fit with the vibe I wanted to go with. So, I kind created my own monster based on elements I thought would terrify and linger in the mind. Having a reason for the monsters to come and actually take hands or feet was important to me, and I’m pleased with how that turned out.

I also wanted to show the story through the eyes of the main character. Once I had his basic characteristics and back story developed, the story flowed. I liked the idea that the protagonist had initially failed in apprehending the creature or in getting anyone to truly believe in the reason behind the murders. That desire for vindication was a great motivator for him to step back into the investigation.

My overall hope is to reawaken that old childhood fear in readers. If they find themselves alone with an arm or leg over the side of the bed, and they can’t resist lifting the limb back onto the bed, then my story has done its job. I’ve succeeded in getting under their skins. 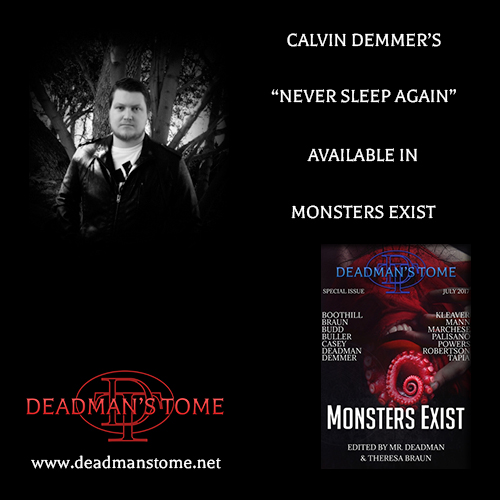