August 02, 2017
Our next author in the Expose is Jessie Dedman. He is not only an author in the anthology, but he is the owner of Deadman's Tome, the independent publishing house that puts out a monthly horror anthology from unheard of to new and upcoming writers. They say to be late to the party is fashionable. Well, I'm to blame a bit here. But Mr. Dedman is always oh-so-fashionable. Here is the back story for Lake Monster.

How does one write a horror short about a monster that sounds too ridiculous to be true? You go digging for shreds of evidence, no matter how thin, because you might be able to piece a somewhat plausible angle. If I was tasked with creating a monster out of my ass, I wouldn't have gone through the trouble of looking for police reports and news articles, but Lake Monster isn't just any monster story. It's based off of an urban legend.  Though, very absurd and a bit confused.

The Lake Worth Monster origin, the legend behind the strange creature sighting, was one ripe with racism and hatred. Supposedly, an African American was attacked by the KKK and hanged on a bridge that went across Lake Worth. I initially wanted to tap into the origin, produce a narrative that would be challenging and even controversial, but didn't have time. Besides, a story touching on racism would have a few N bombs and Monsters Exist is a relatively tame issue.

From all of this, I felt like the monster is most likely bullshit. But, I very much liked the idea that it's the read of the unknown, the uncertainty, that causes something as crazy as a Lake Monster to exist. Even though it might not be real in the flesh, it's real in the mind, and that could lead to some dire consequences. 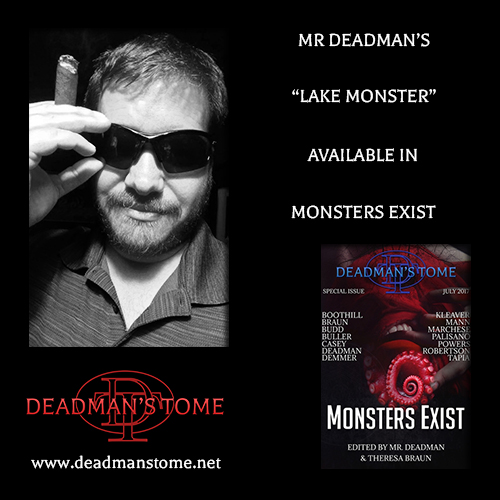 Gary and I review Army of the Dead. Had a fun time with this one.  There were parts in the movie that just didn't add up, but overall I enjoyed it. Check out the video above to see what Gary and Kris thought about it.  Please like, share and subscribe if you enjoy the content.  R.I.P. Chico. You will forever be the original Censor Dog.  WCM
Read more