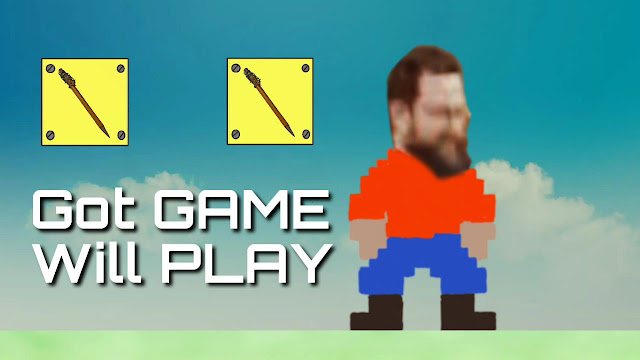 One thing that has been a big part of my life is/are video games. It brings fond memories to mind when I think of all the adventures I've had in that electronic world growing up.

From Atari and Colecovision, through Nintendo Entertainment System, past Sega Genesis and Super Nintendo, and into the current generation systems. I've seen a lot and have been through many fun times with these electronic wonders.

I've also seen, on YouTube, that a lot of channels are starting to play and live stream their gaming sessions. Actually, I know this has been going on for quite a bit, but other channels have been getting in on the fun.

I am a writer. A horror writer, if you want to be a bit more specific. And the video game industry is definitely not short on horror games. Survival horror one of the more prominent with the Resident Evil series coming to the forefront this month with their remake of RE3.

I've had zero time as of late with work being a big part of my day, then family and writing and working on editing another YouTube channel I do with Gary Buller taking up the rest. It takes a lot of time to edit--if you want it done right, of course (or as close to done right as you can get it). And then there are those moments where you simply must realized that family is the most important thing in life.

But I've had thoughts for other channels, ambitious endeavors,  one of them being an electronic gaming channel. I've made the name Got GAME Will PLAY. My name is William, so I will play, and if you got the game, well you see where I am going with this, right?

So head on over to that channel, which is just starting. I figured with the extra time I have now after working from home, I'll get a few sessions in. It will probably start out with Call of Duty, which is a huge game, and then other things will hopefully come soon.

Video games are easy, and not too much editing. Plus, if I broke down those videos with the editor I'm currently using, it would have to be in 5 minute pieces, I'll explain that one day. Even these posts on this blog I don't want to much effort with perfect editing and such. I just want to get to the content. That sounds like an excuse not to edit. Of course I'll edit, but I won't go crazy. I mean, the sentences have to make sense.

At this moment, I am not going to utilize social media. I might make a separate account at some point, but this will be, for the time being, the only way I get these videos out. Which is okay. It will be interesting to see how it is exposed over time through this method. Or if it works at all. But while I get the background stuff figured out, this will be it.

Other than that, I have up two old videos up from a while back, which I'd debuted on my other channel, Horror with Marchese and Buller, which are now the only two episodes. More will come very soon. I just need to get my system turned on--and of course it has to be with the PC I can record the games from.

Oh, and that  at the top is something I had put together a while back, along with the intro on the beginning of the episodes.

I believe the first new videos will be Call of Duty sessions, which is a game I absolutely love. The one I will be playing is along the same time line as the Modern Warfare games, which had me kept awake until the wee hours of three in the morning. I don't know how I did it. But this new Call of Duty brings me back to those days, it hooks you in. Even the mobile game is pretty cool.

Here are a couple of the older videos. The sound isn't too good, I'm going to work those out with the new ones I do.

Got GAME Will PLAY episode 1


Got GAME Will PLAY

Other than that, I hope to have more content, maybe videos showcasing my old systems that I still have lying around (I don't even know if they are still working--maybe we'll see.)

Finally, I have another channel--yes, I've been busy probably beyond my means--which will only be with me (the channel). Which currently has no content.

I have titled it Random Will. Because I don't exactly know what I'm going to talk about yet. It leaves the channel open to a lot of subjects, which can be bad on YouTube, I know. But I didn't want to tie it down to any one thing. At least just yet.

The Horror channel I am doing with Gary will focus more on horror, writing and movies. Mostly movies. Still brainstorming that.

The video game channel will focus on just that, games.

And the other channel will be random subjects, sort of like this blog but in video form? One day. lol.

I'm not going to put this post on any social media. Maybe Facebook. Maybe. But for now, this is my outlet to get these videos out. So, hope you enjoy. And please let me know if you have any ideas or comments. I'd love to hear them.

Links to the channels are here:

Horror with Marchese and Buller
LINK


Got GAME Will PLAY
LINK


Randomly Will:
LINK -- But remember, this channel will probably not have any content for a bit. Hey, unless you want to subscribe and push it along. But for now I'll be concentrating on the other two channels. (UPDATE) okay, so that name is probably going to be changed, so nothing on this channel as of this time. Only because I've found many other channels with this name--hadn't a few weeks back when this was crated. So, more to come on this.