I'm going to throw this out there. I've tried looking for any news about it and have hit walls of conjecture. These opinions were mostly on YouTube.

The company of the game, Rockstar, has Bully on the Switch currently. So one might say why not the GTA series, right? I mean, GTA below 4 is currently on cellphones. 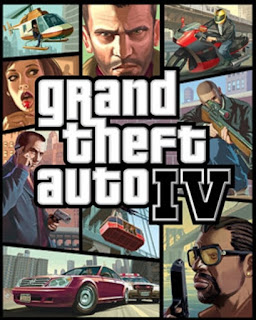 GTA 4 was done on PS3--and from what I've read and heard the Switch is more powerful than the PS3, if not the same power.

And let's not forget that even GTA 5 was released on the PS3 before the refined version came to the PS4. So that could even be done, more or less, on the Switch as well.

Come on. We've seen new gen games come to the Switch. Doom Eternal and even Assasin's Creed. Albeit a bit fuzzier than the latest-gen counterparts; but it's been done.

So, we see it's digitally possible. Is it financially feasible for the company?

That's another story. The Switch has been around since early 2017, and one might say it is coming to the end of it's lifecycle--though two more years (making it 6) is the average for consoles. It's still very popular, and games are selling like crazy. But a new generation of systems have released and once this virus is gone those are going to explode. (opinion).

Nintendo is going to need something new to compete, lest they make the same mistake as the Wii U.

Would Rockstar want to bring a catalog of this franchise to a system that is possibly going to hand the baton to a newer version of itself if not an entirely new system soon?

Now there are two thoughts on what can happen.

One: Switch could just gets an update, like a dock that will upscale older games but work with newer games--almost as a new console might. Making it for the better resolution dock could have it's problems, though. You'd have the problem of the Switch lite. So It might be better to do lower and upscale. Could be messy.

Two: If there is a new system that comes out and they release on the old one, then they'd have more work to do to port to that. Plus old Switch console users might get upset if it's exclusive to the new system, being they may have bought the older one.

I guess I'd bank on number two. But if Nintendo doesn't plan on doing that then number one may happen and if Rockstar feels that's a weak play because Nintendo is at a crossroads at the moment, we could never get it for Nintendo's portable console.

I'm going to continue to see if there is any news on this. I hope GTA 6 is announced soon, with the ability to go to all locations in the GTA world. But that's another entry with a slew of details that have been coming out for years. Passports and such. All locations. Latest news is it's Miami. Let's see. All locations could be done. It would be a huge game, gigabytes, maybe terabytes. And I think it's safe to say THAT wouldn't come to the current Switch, at least.

Let's see what happens. Let me know what you think.

November 28, 2020
I was checking out Amazon and looking around, you know Black Friday, etc. And I was looking at some author stuff and realized on my author page that my blog posts go there. Ha ha.  I had totally forgot.  I am slowly getting back my creativity. Shut off the news. Drinking tons of coffee. And slowly mapping out a strategy, a trajectory for my writing.  I want to write, but I open a Word document, or this blog, and lose something. The feeling, a thought.  Some may call it writers block, but I don't think so.  I have another post I had made, had the pictures, and abandoned it. I may still do it.  Let's see.  Going to work on the YouTube channel, as well. There has been a lot I've learned during this contemplation.  A lot.  Talk soon.  WCM
Read more